We waited for it. Word spread throughout Los Angeles a few years ago that Clifton’s Cafeteria would be undergoing a massive renovation and reopening.  Finally, in the fall of last year, Clifton’s double doors ushered in a new era – and it did not disappoint! With it’s all encompassing design full of intrigue and whimsy, it’s a place to be whether you are out for a casual meal or fancy cocktails. It quickly became the largest jewel in the crown of a revitalization-in-progress in Downtown LA’s Historic Core. 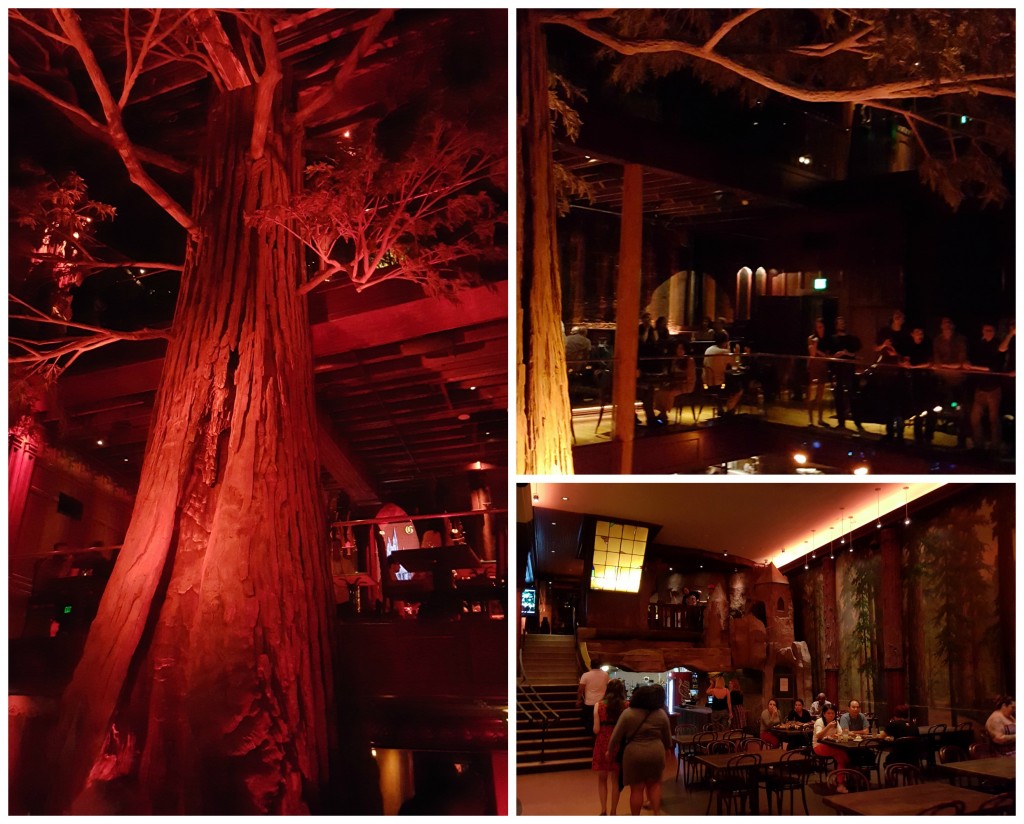 Originally opening in 1935 and decorated in the style of the Brookdale Lodge, where founder Clifford Clinton spent much of his childhood, Clifton’s was known as the world’s largest cafeteria and attracted everyone from luminaries such as Walt Disney, to blue collar workers, to the depression era’s down ‘n’ out who were welcomed with the policy of, “pay as you wish.”

The new Clifton’s retains much of the quirky charm of the original, including a forest theme featuring a five-story redwood tree sprouting right through the middle of the venue, as well as waterfalls and charming bridges, and winding, cavernous paths dotted with taxidermy wild animals – a tribute to founder Clinton’s love of hunting (though if you hold your phone over the nearby plaques, you’ll hear about wildlife conservation efforts.) 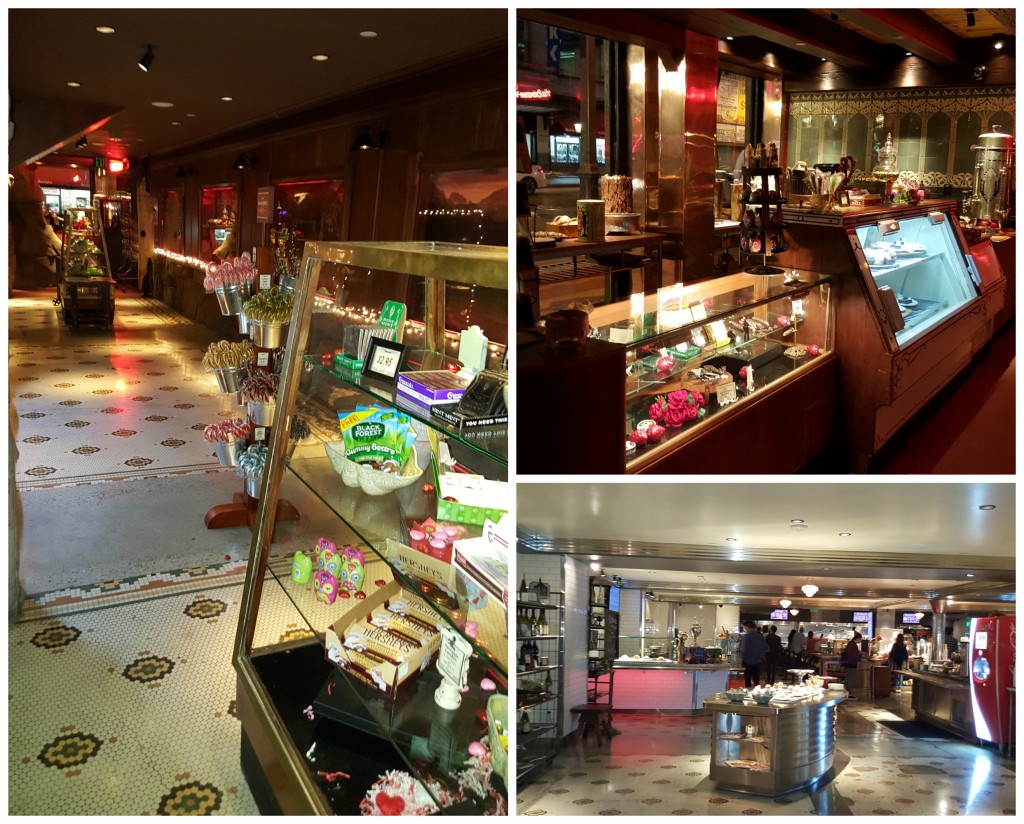 Under the carefully guided vision of its latest owner, Andrew Meieran (known for his stunning creation of the Edison Bar), the new Clifton’s has three floors to explore with a bevy of treats for the eyes and belly. The Cafeteria is located on the first floor with classic foods from pizza to pie to Jell-O. On the second floor is the Monarch Bar where you can socialize in elegant style under the giant redwood tree and take your trays of food up to the many tables and chairs and nooks and crannies to dine with your peeps. On the third floor is a Gothic Bar, which offers dramatic style. More rooms and bars are expected to open in the near future including a Tiki Bar, which my little circle of friends are quite excited about!

I went to meet friends for Valentine’s weekend cocktails so I felt a frothy, feminine vintage-style swing dress was in order. I’ve always considered myself a pencil skirt, wiggle dress kind of girl but with some recent purchases of a full circle skirts and dresses, I’ve been enjoying the new silhouette. Pair it with a voluminous petticoat and you have a classic ‘50s heartbreaker, such as this look I put together with a red, floral swing dress and black petticoat peeking out to accent the pattern. Some delicate, vintage-inspired earrings and black pumps completed the look – and a rose from my sweetie! 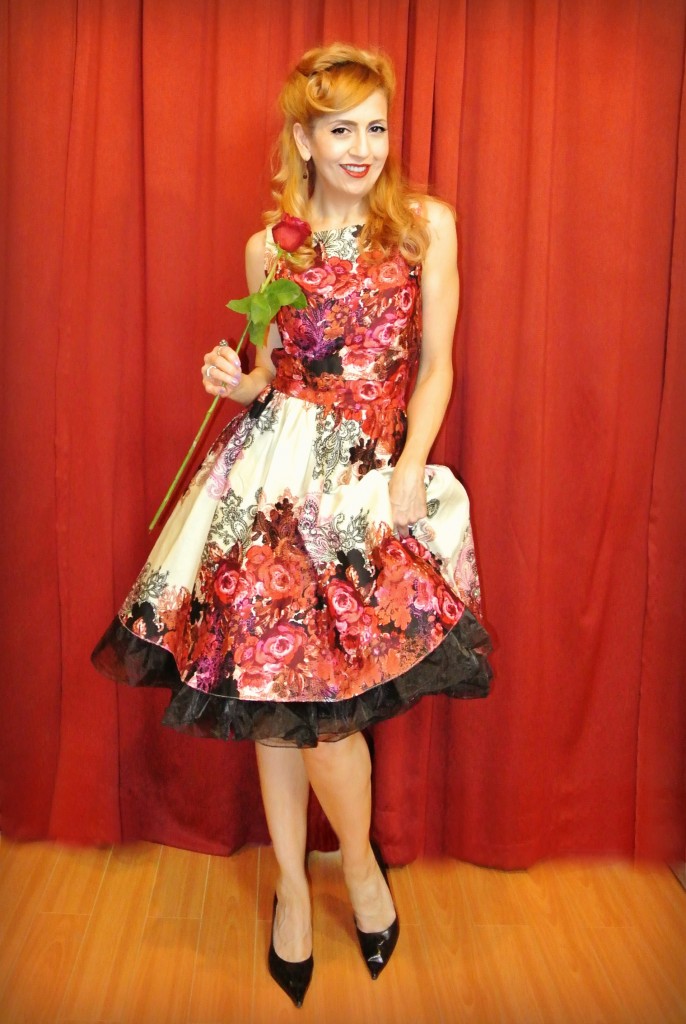 How to Have Swing Dress Style

You’ll feel like the belle of the bar in a swing dress with a fun print and a frothy petticoat underneath like this dress in hot pink with white polka dots. Add a white petticoat to compliment the print and you won’t be able to help but sway bath and forth like sweet Sandra D. in “Grease.” Some classic pumps will take you higher and balance the look with ultra girl appeal. Click the links to shop* this look. 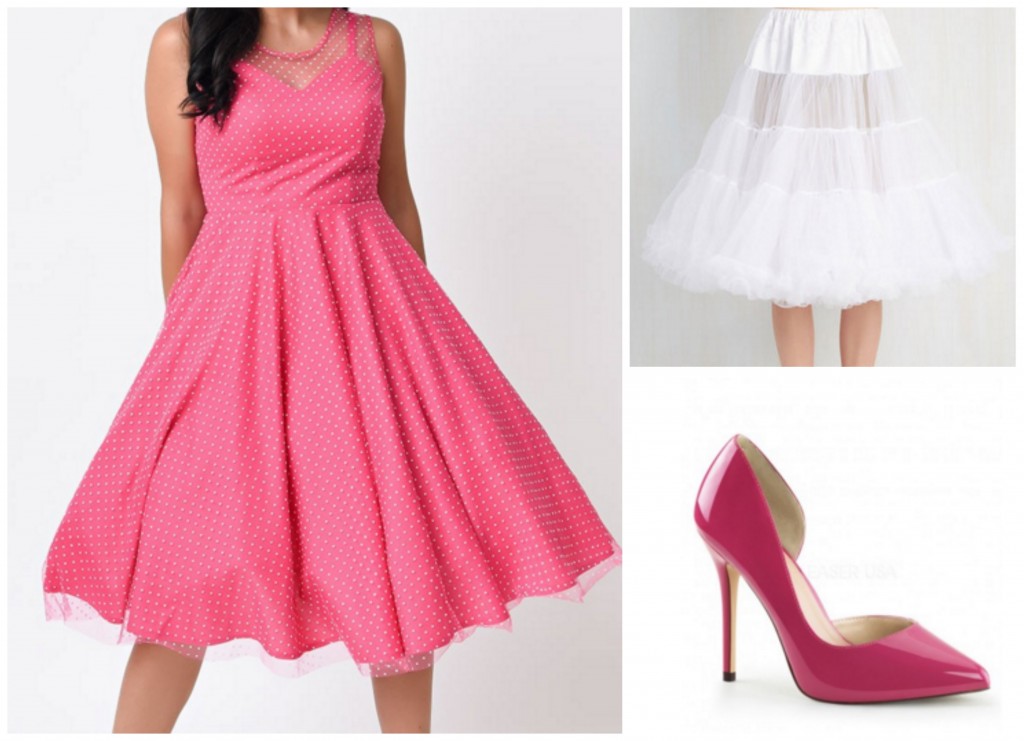 If you’re in LA, you simply must check out Clifton’s Cafeteria, have a drink and enjoy their “cabinet of curiosities!”

We heart you Clifton’s!
Kastle