Punk rock met the theatre when Green Day’s rock musical “American Idiot” came to Los Angeles. The Tony-award winning Broadway hit takes audiences on a journey through the music of the album, dealing with the hopes and dreams of three rebel friends who set out to conquer the world only to be saddled with life’s very uncool realities. I loved the show, especially the authentic punk rock attire (not costume punk!)  And what a riot to see their anti-conformist anthems shake up the theatre crowd and continue a growing line of great rock musicals.

If you haven’t seen it, you better hurry and get tickets as it’s only in LA through April 22nd. Also, be sure to check out some other great rock ‘n’ roll musicals, many now out on DVD with some killer soundtracks. Click here to read up on ’em in my latest report for Yahoo! Music. 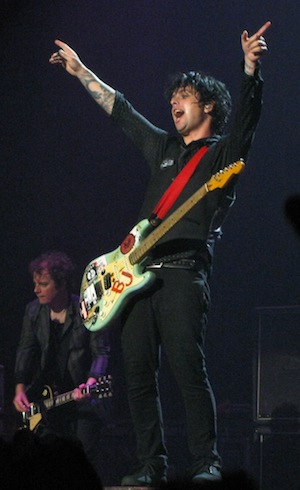