I’m a writer. It’s been my calling since I was a kid. For luck or talent, I’ve made a career of it, writing for major newspapers and blogging for corporations and for myself. I have a memoir that’s been in the works for as long as I can remember. Writing is hard and it’s always personal. Hemingway once said, “There is nothing to writing. All you do is sit down at a typewriter and bleed.” That’s why I always get so inspired when I go to readings by those I respect.  Recently, I attended a reading at Stories Books in Echo Park  where writing and punk rock collided.

Iris Berry
First up was  Iris Berry, one of LA’s iconic scenesters for her bands The Ringling Sisters and Lame Flames. Iris was always known as a rocker and a poet, her bands often working spoken word and jazz riffs into their songs. She’s now a publisher at Punk Hostage Press with an impressive roster of writers. For her reading, from her book “Daughters of Bastards,”* it felt like a slam poetry session, with guitar accompaniment from Fred Spigelman. Iris poured out the hard feelings, leaving the audience in awe of her honesty. Nice job. 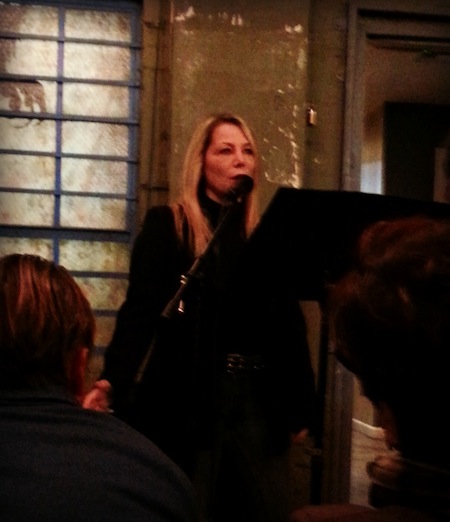 DH Peligro
Next up, DH Peligro, long-time drummer for the punk band, The Dead Kennedys, read from his memoir, “Dreadnaught: King of Afropunk.”* But it felt less like a reading and more like just a night of hanging out. Peligro often lost his place while reading and just took off his glasses and told the stories from memory about his old punk days in San Francisco, about being too scared to go up to Joe Strummer and coming to LA on the advice of Flea from the Red Hot Chili Peppers. It was like a night around the campfire with this talented writer/musician. 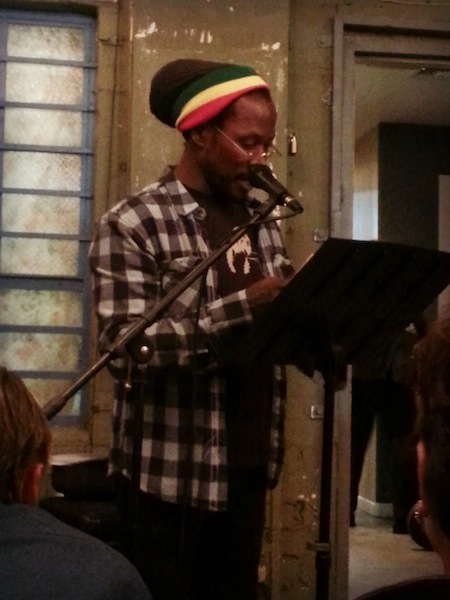 Jack Grisham
Jack Grisham, of the legendary SoCal band TSOL was up next and he was having a bad day, starting off his reading by proclaiming that pretty much everywhere he goes something bad happens, especially around the holidays. And boy did his book “Untamed”* have some stories! He admitted that though he writes about “fictional” characters, all of them have a little bit of himself in them. Clearly he’s had quite a life.  He said he felt a little unprepared for this reading, but the audience didn’t feel it. His stories and personality were so entertaining, you couldn’t help but want more. 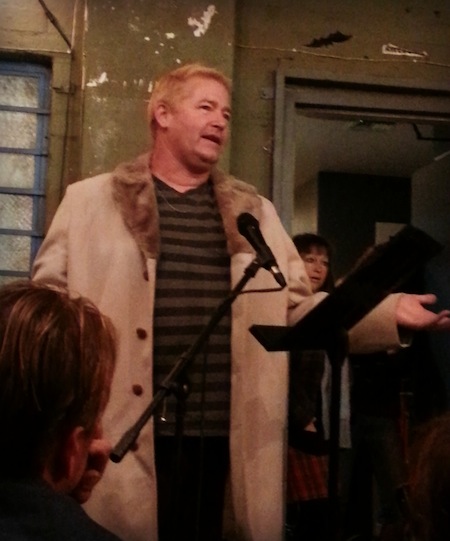 Jerry Stahl
Last but certainly not least, was one of my favorite writers, Jerry Stahl, author of one of my all-time favorite books, “Permanent Midnight.”* Jerry may not be known for being in a punk band (he’s a very successful screenwriter) but he’s punk rock for sure. He read from his latest, “Happy Mutant Baby Pills,”*  stories of a guy who writes the side effect warnings for prescription drugs and ponders the lyrical appeal of the term, “anal leakage.” Even Jerry himself had to pause and tell the audience, “When you’re writing something at 3 a.m., you don’t imagine having to say it in front of a roomful of people!” This one is definitely going on my reading list! 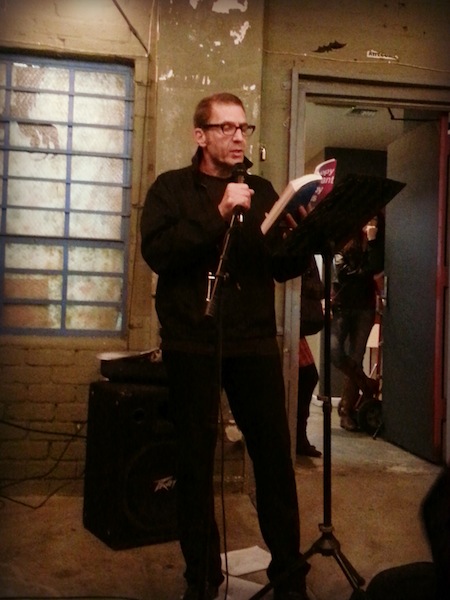